A trip with the Love Tuk people (see previous post re wine tasting) was next on the agenda. First we headed to a small village, Estoi, to see the church of St Barnabas. This being Sunday morning, the priest was already there and took time to show us around, including climbing up the bell tower for a view over the surrounding countryside. 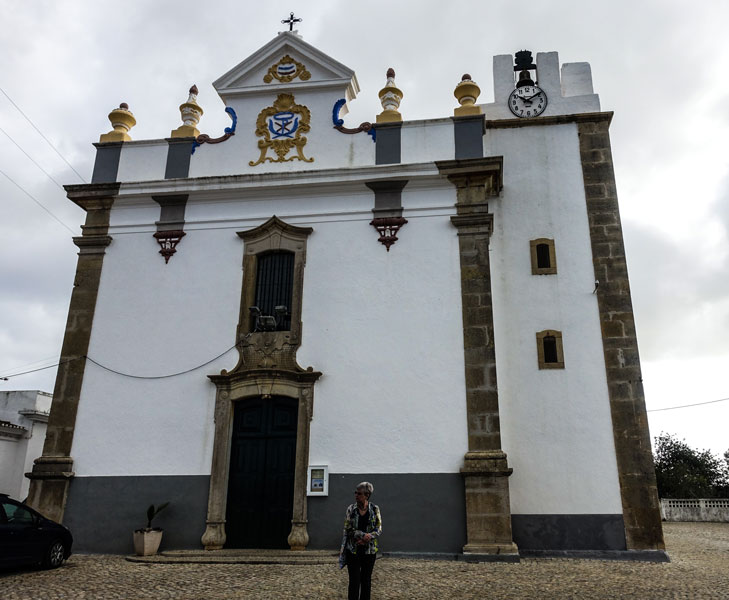 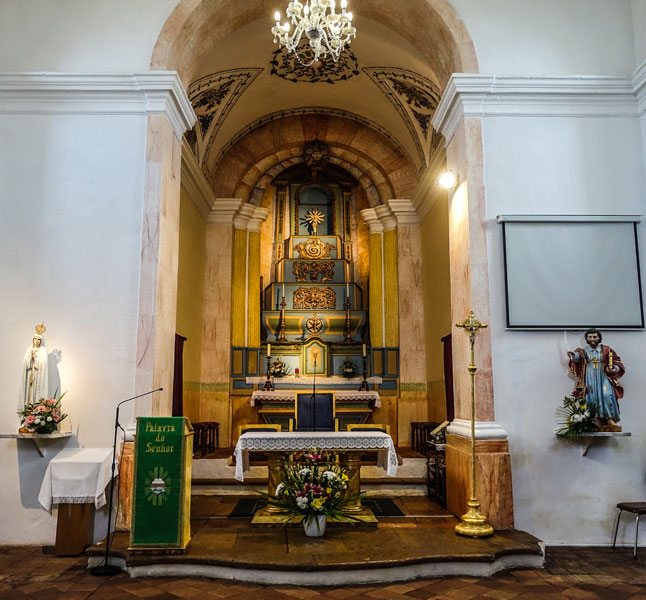 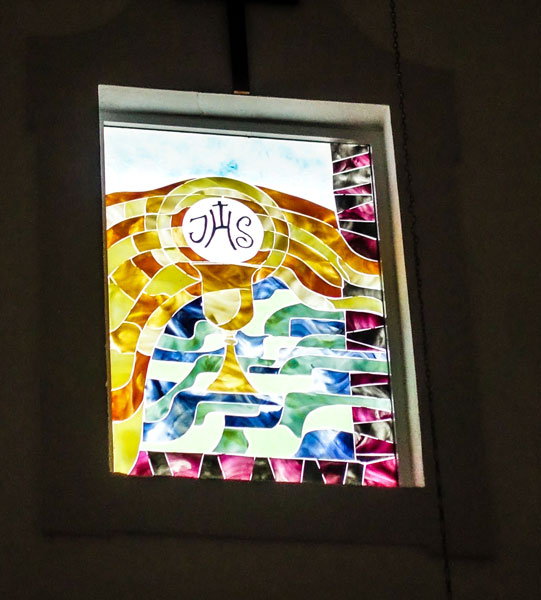 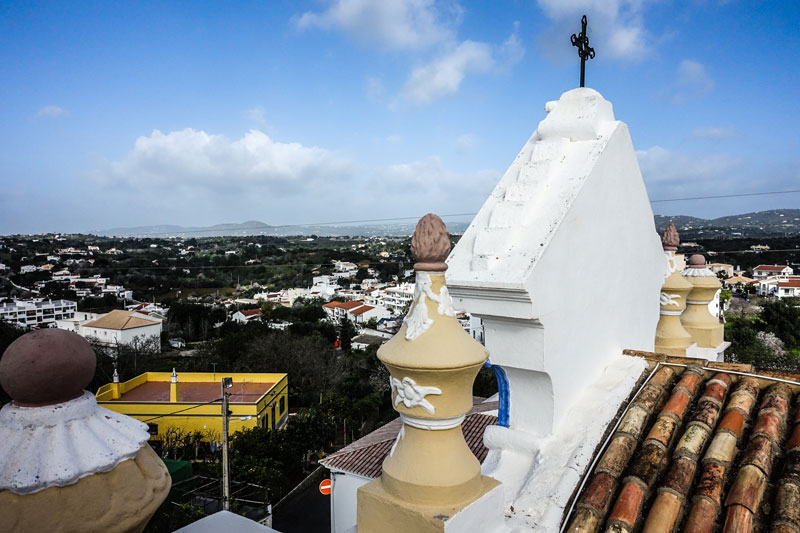 Then on to explore the Pousada Palacio de Estoi, a 19th century palace in rococo pastiche style which is now an exclusive boutique hotel. 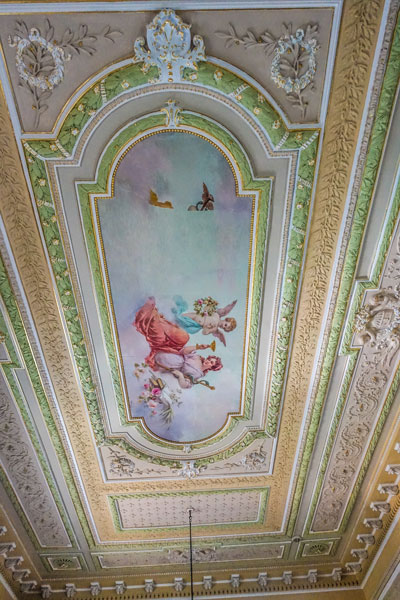 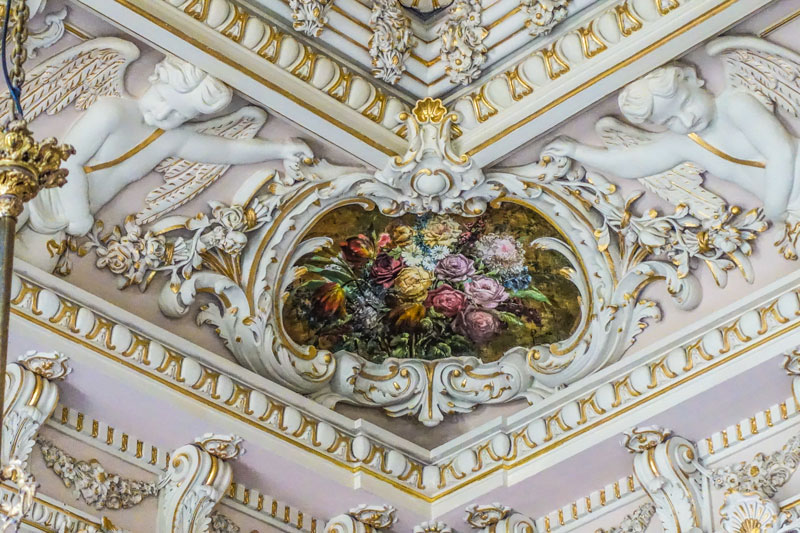 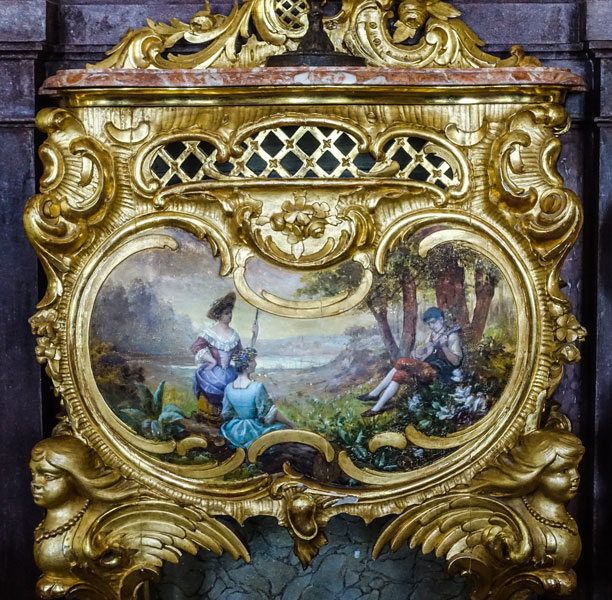 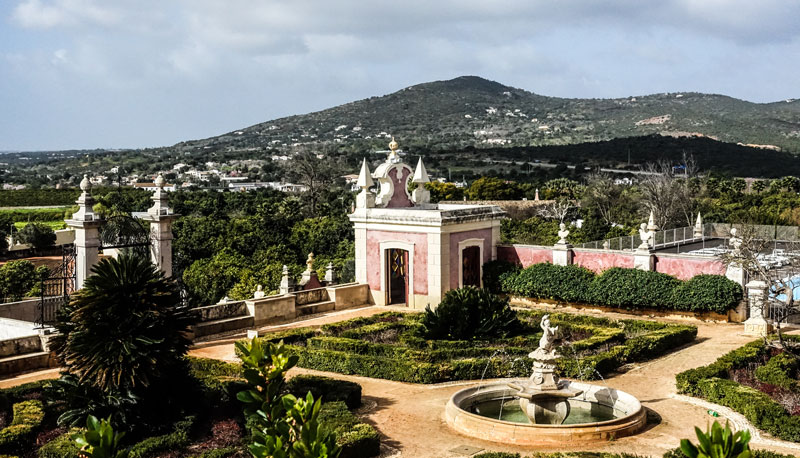 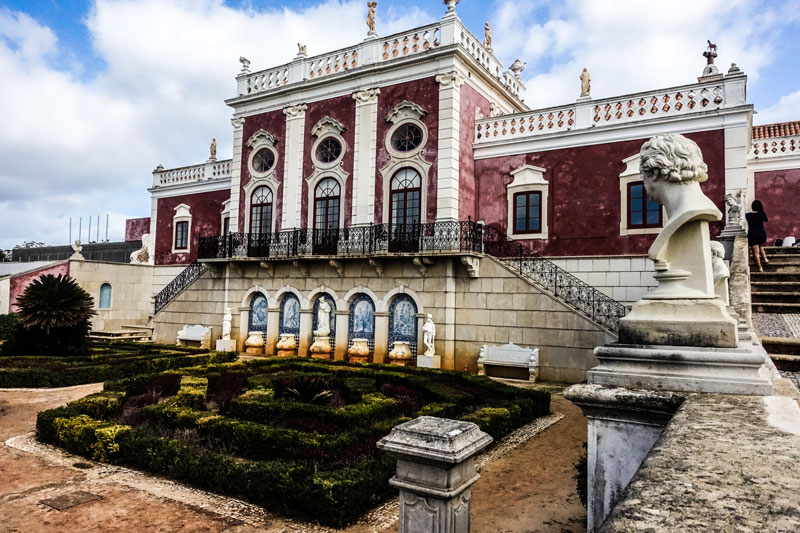 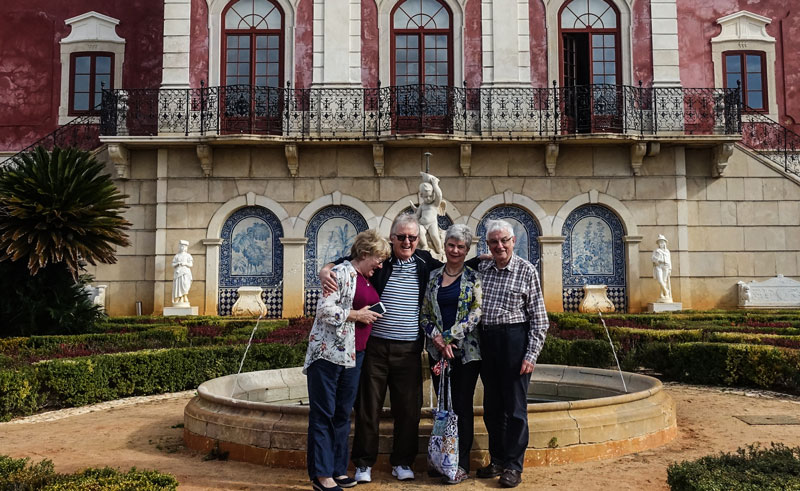 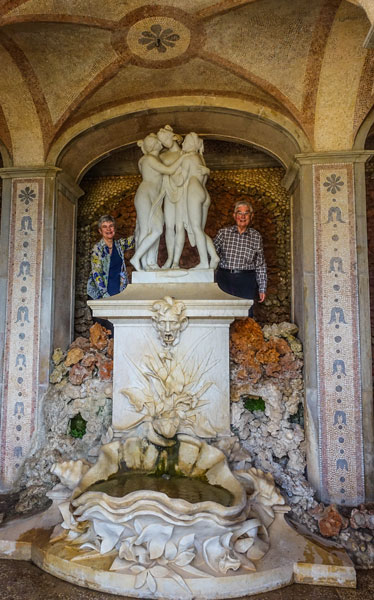 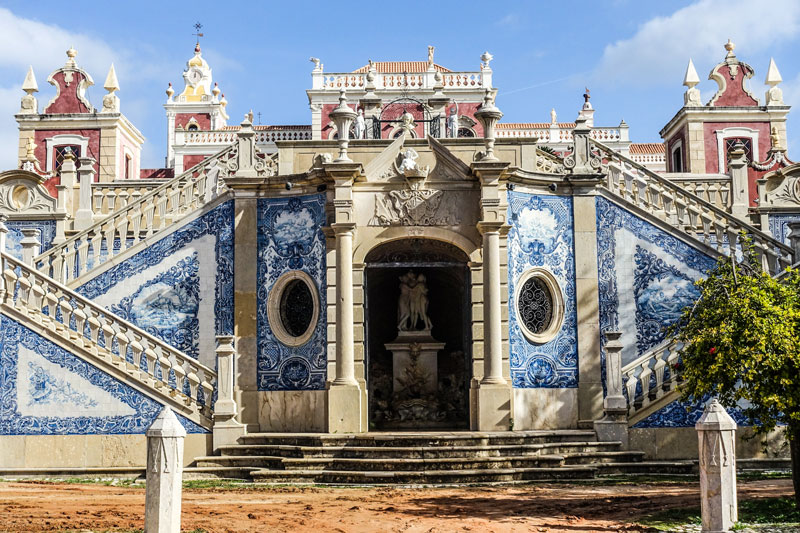 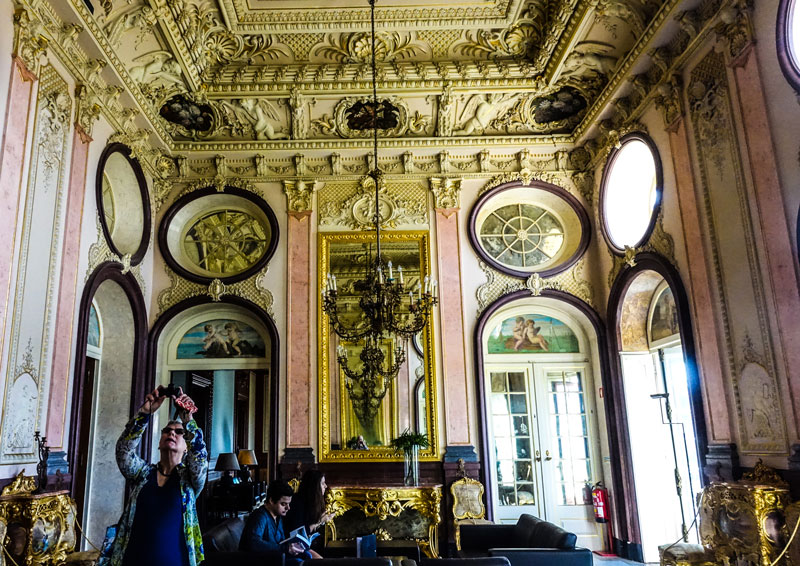 Back to the coast, we stopped briefly in the town of Fuseta, a beach resort and fishing port. 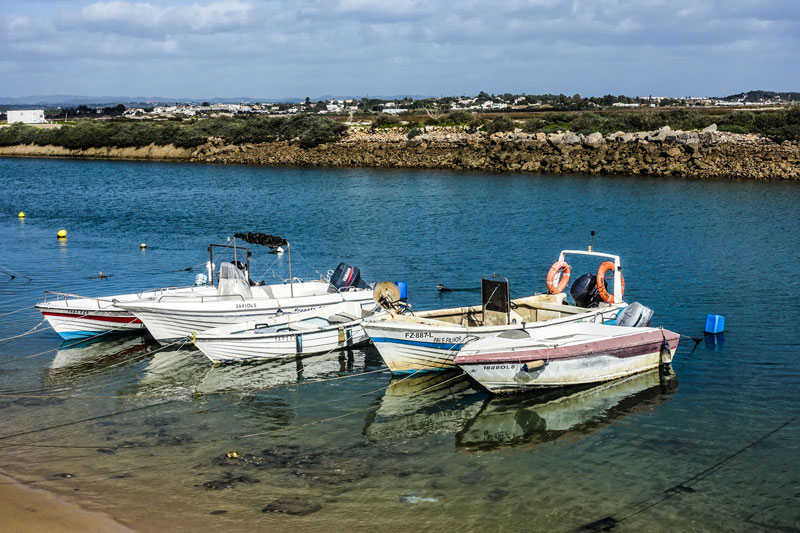 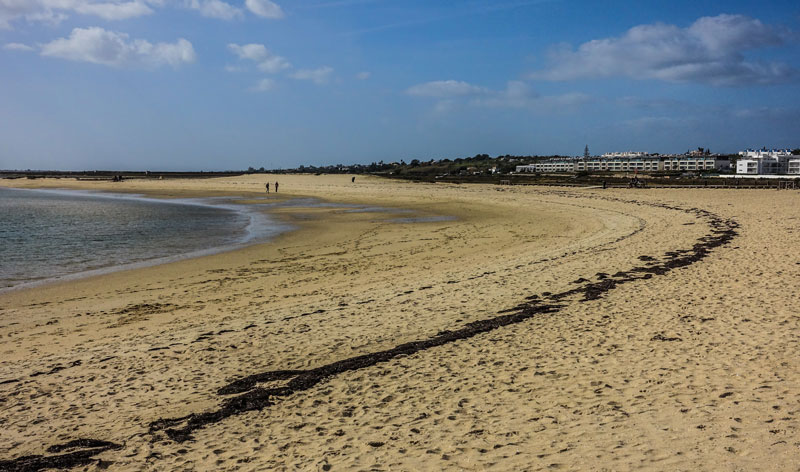 Our final stop for the day was at Tavira on the river Gilao, a large town where there is apparently quite a large population of expat Brits. It is a delightful town with some architecture dating back prior to the 13th century, showing its Moorish origins, and a much later ruined castle. 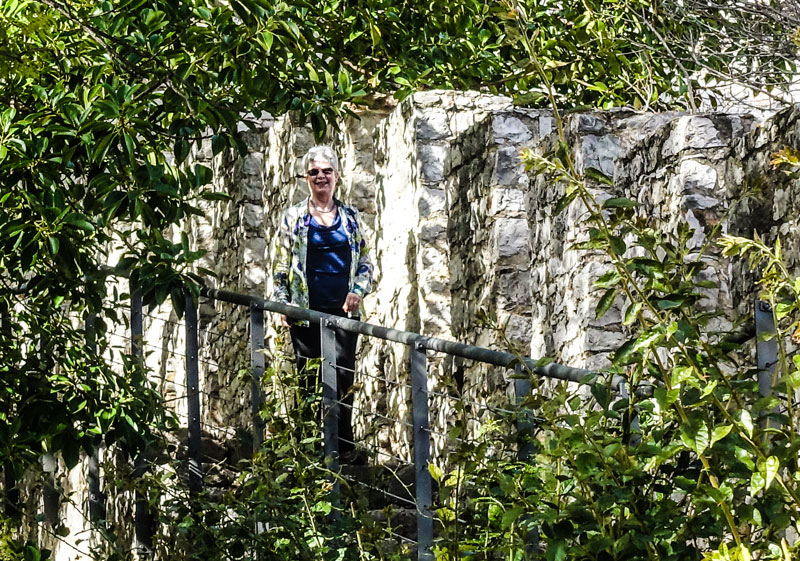 “Glory be to God for dappled things…” 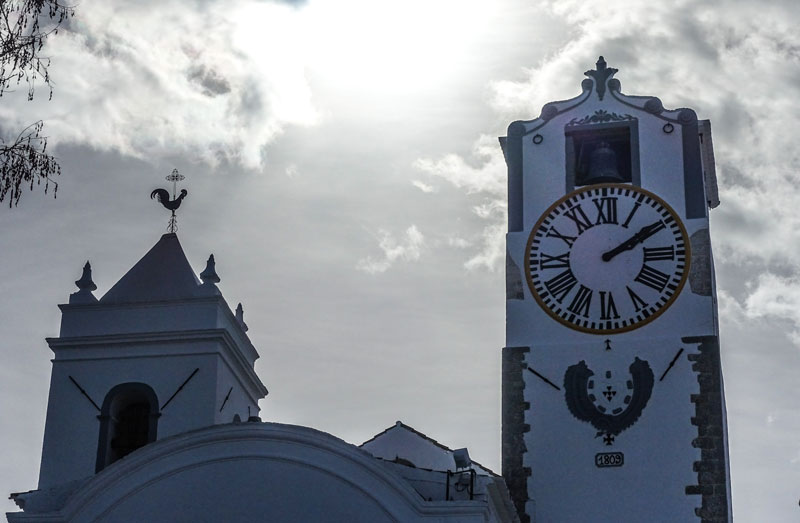 A good example of the Moorish influence 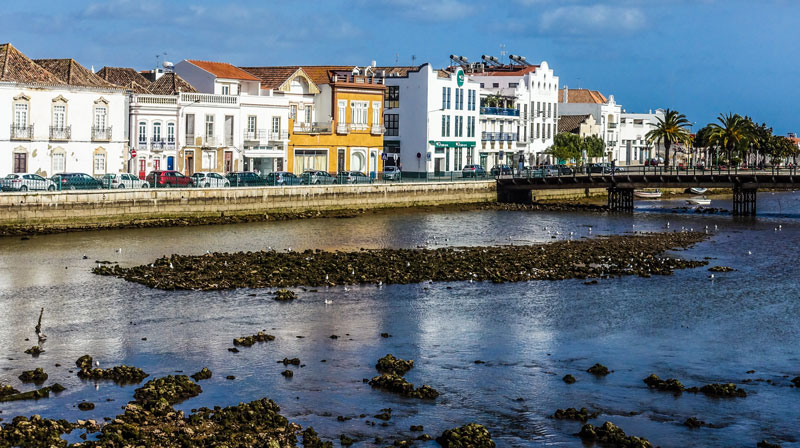 Finally, a few shots from our hotel balcony and from the promenade near the hotel. 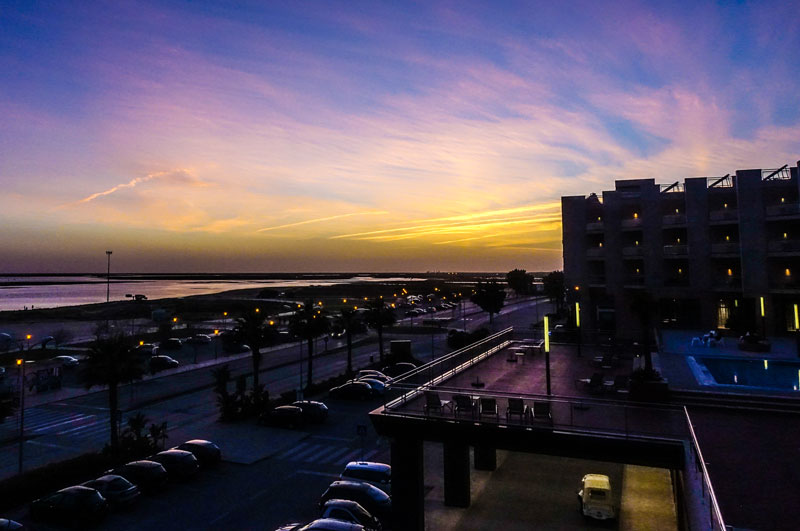 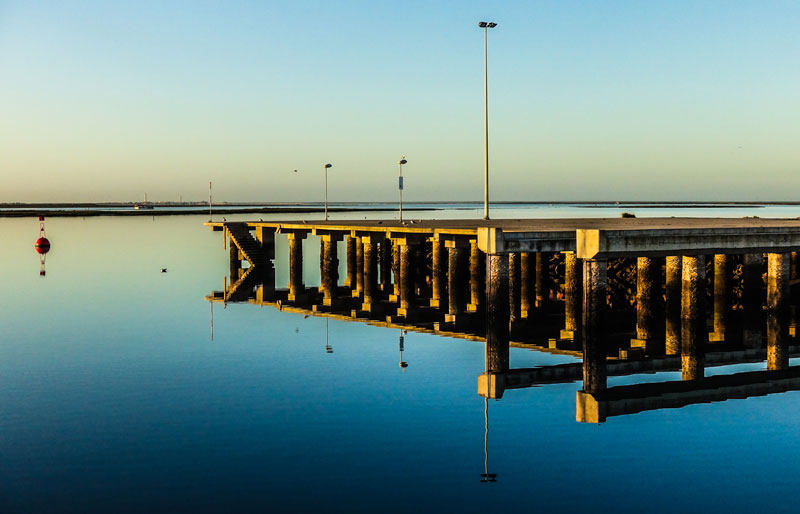 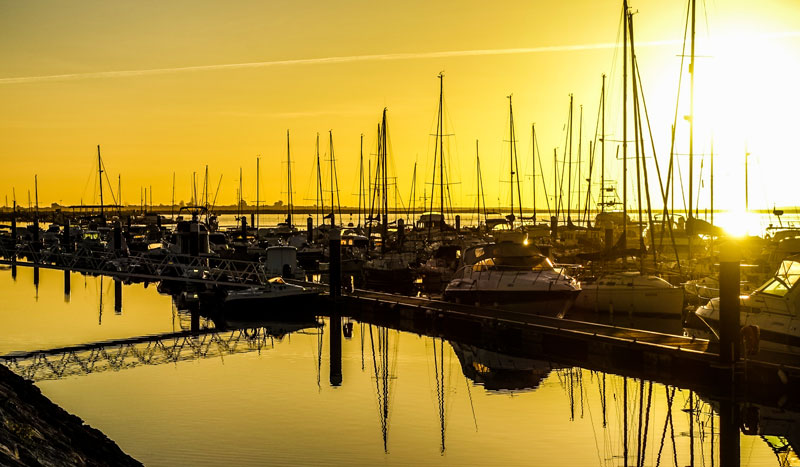 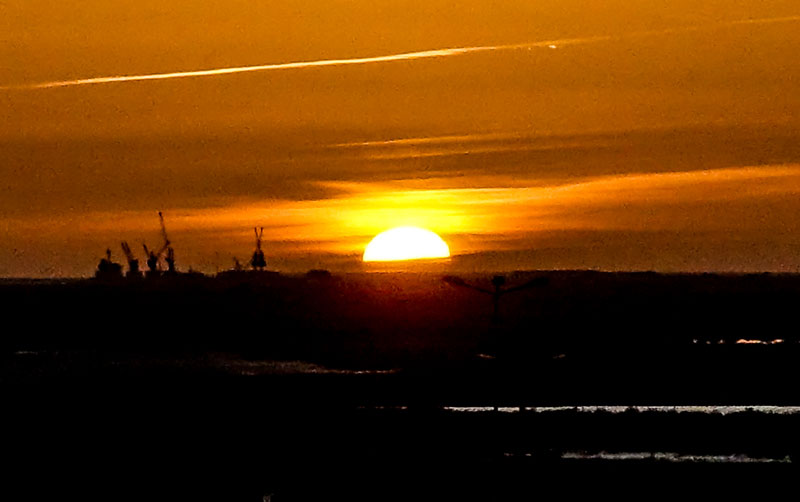 Although we had come here primarily for some R & R and escape from the Dublin winter, there was much more depth to the area than we had anticipated – the food (particularly the fish), the wine, the architecture, the history, all came together for a memorable experience.

And, of course, the company! Thanks to Ruth and John, Kirsty and Richard – it was a great week!

All photos from the two Algarve posts, plus a few others, can be seen in high resolution here on our Flickr site.