Contrasting with the New Town, this part of Dubrovnik is a UN World Heritage site, dating from at least the 8th century. It is surrounded by a more-or-less intact defensive wall which can be walked around to provide a good view of the city and its location on the Adriatic coast. But before we embarked on that particular expedition, we decided to view the city from the adjoining mountain top, accessed by a particularly scary cable car which rocked and swayed its way up to a 200 year old Napoleonic fort at the top. 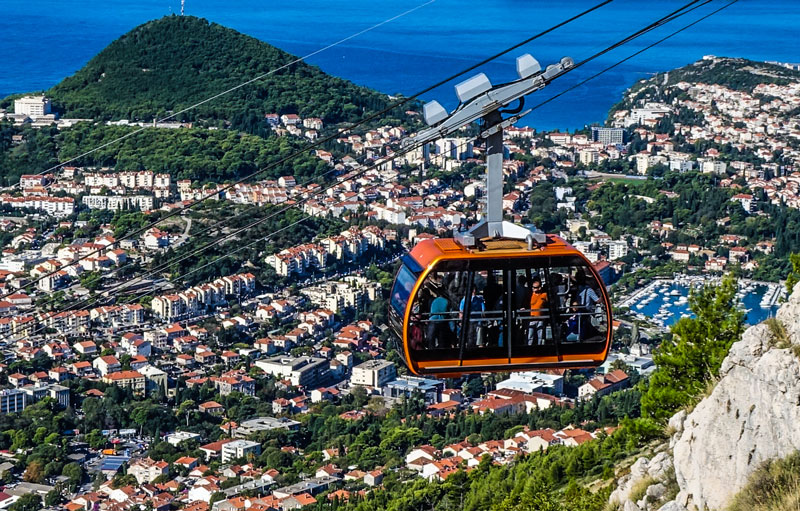 The palpitations were worth it, though, as we stepped out to amazing views of the town and along the coast. 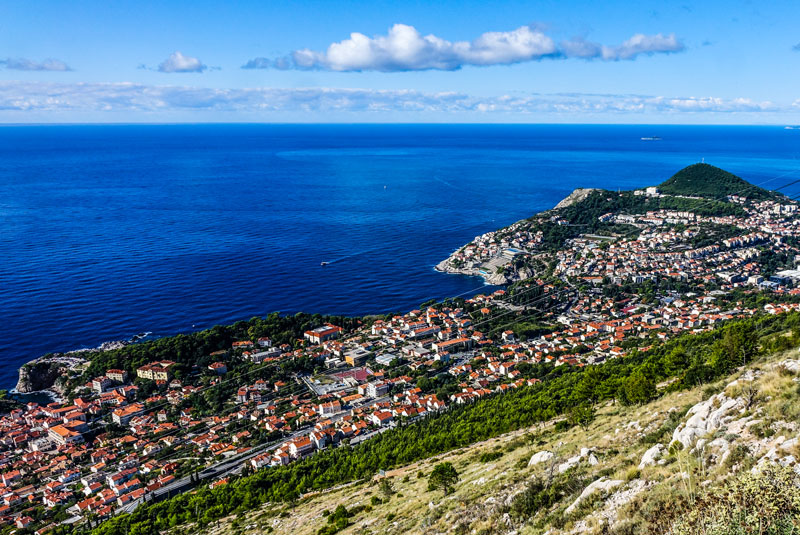 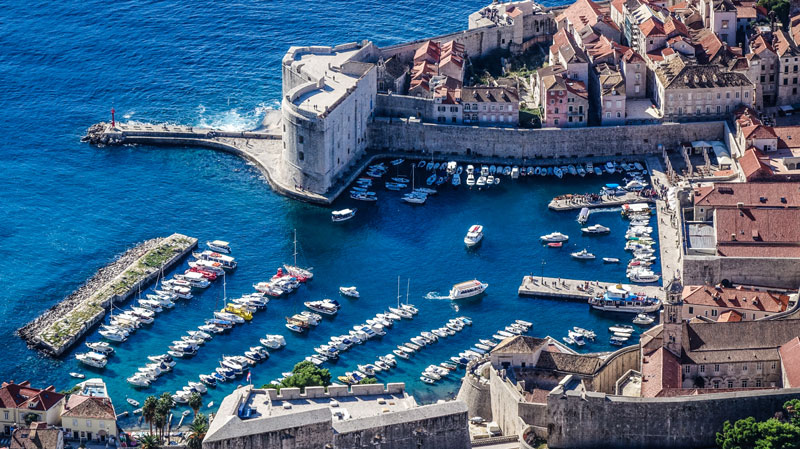 The second to last photo above clearly shows the wall on which we spent a couple of pleasant hours getting some interesting perspectives on the Old Town. 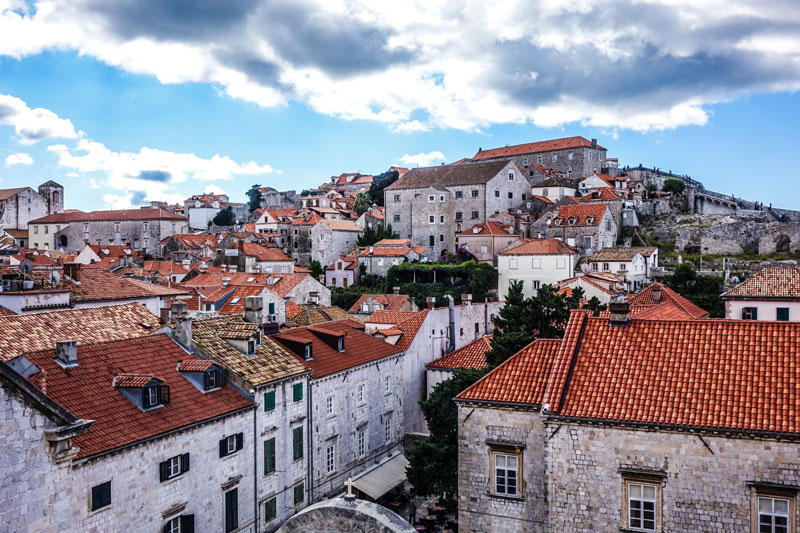 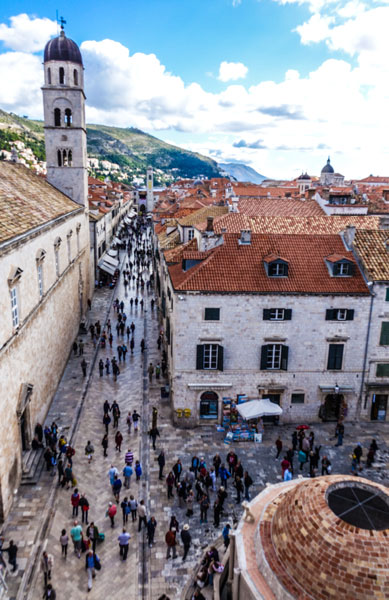 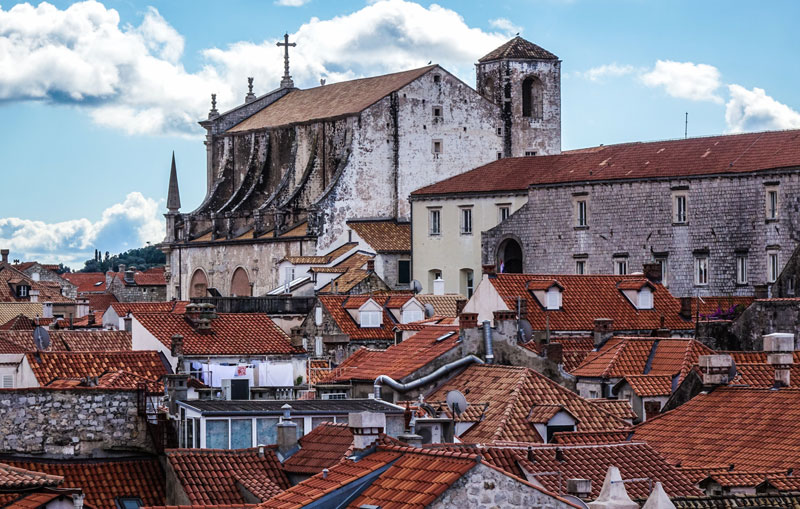 What a photogenic city. In 1991 it was besieged and shelled by the Serbs during the break-up of the old Yugoslavian federation of states. It must have been a terrifying experience for the inhabitants to be shelled from above. Good to know that a Serbian General was later imprisoned for 8 years for war crimes, including “destruction of and wilful damage to” heritage buildings in the town. Extensive repairs have been made to affected buildings, blending in well and noticeable only by the lighter colours of the replacement roof tiles. 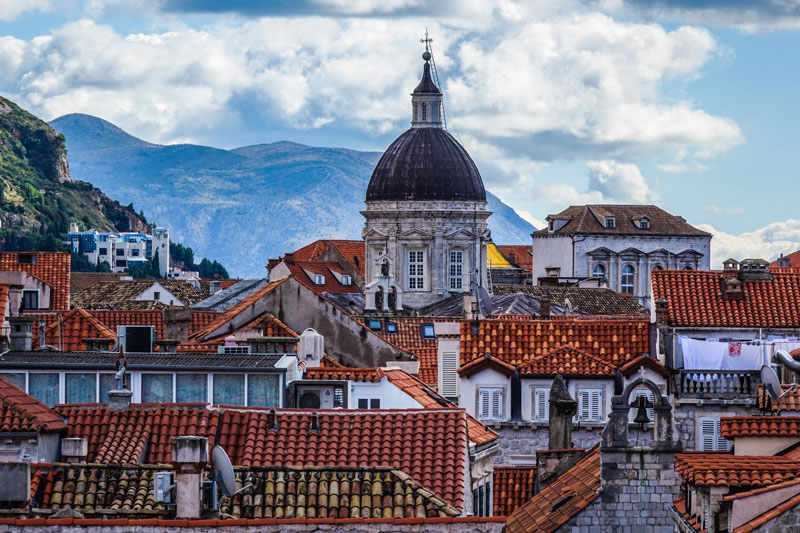 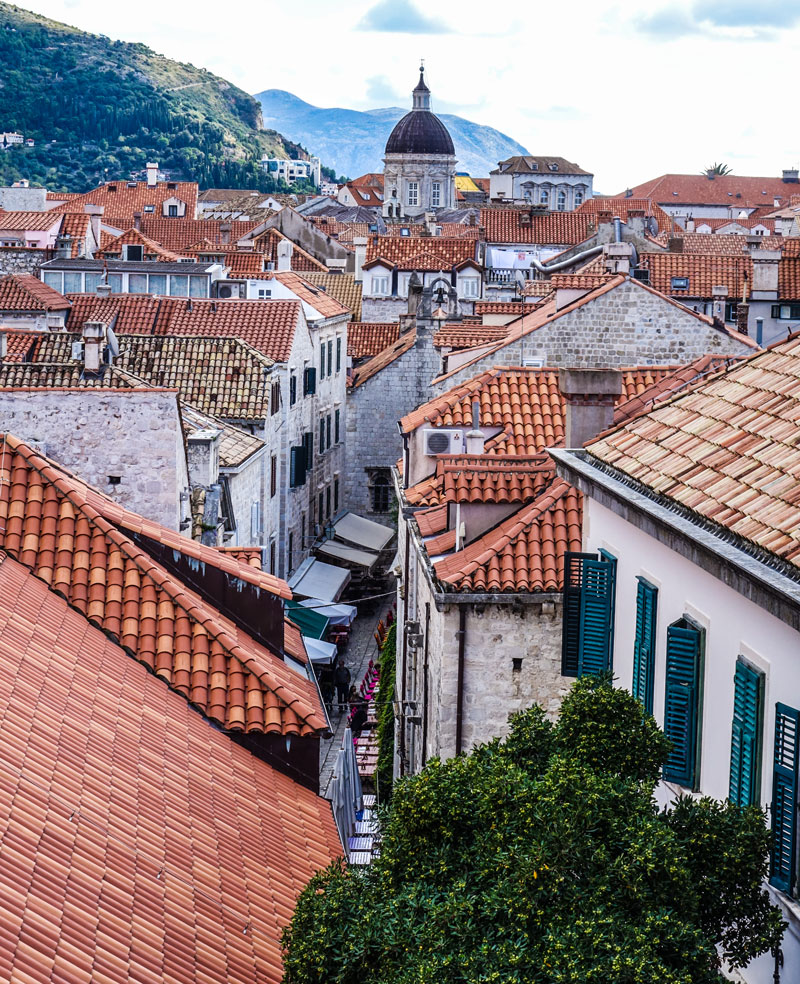 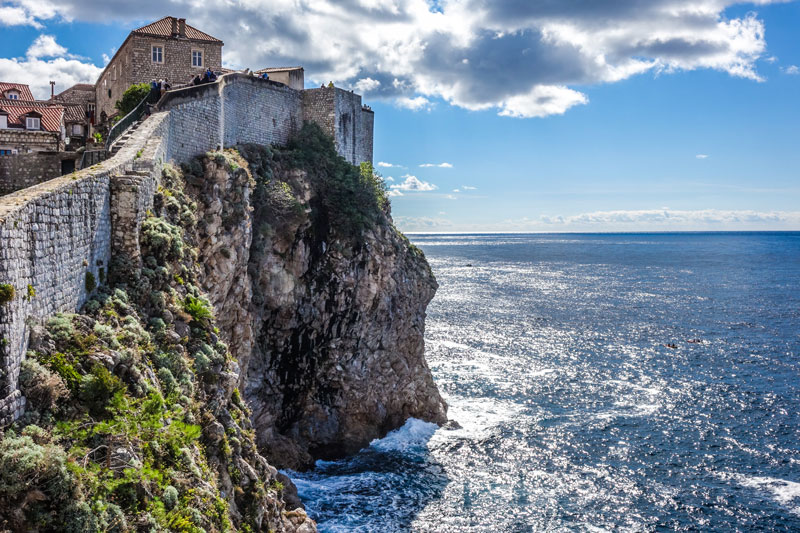 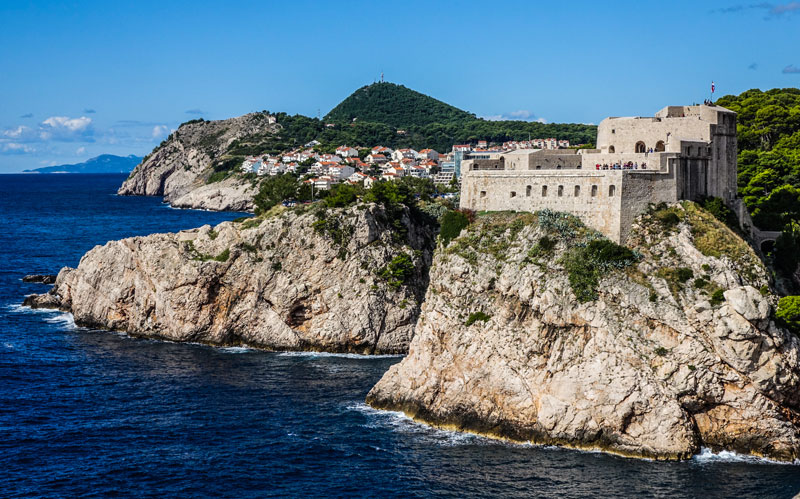 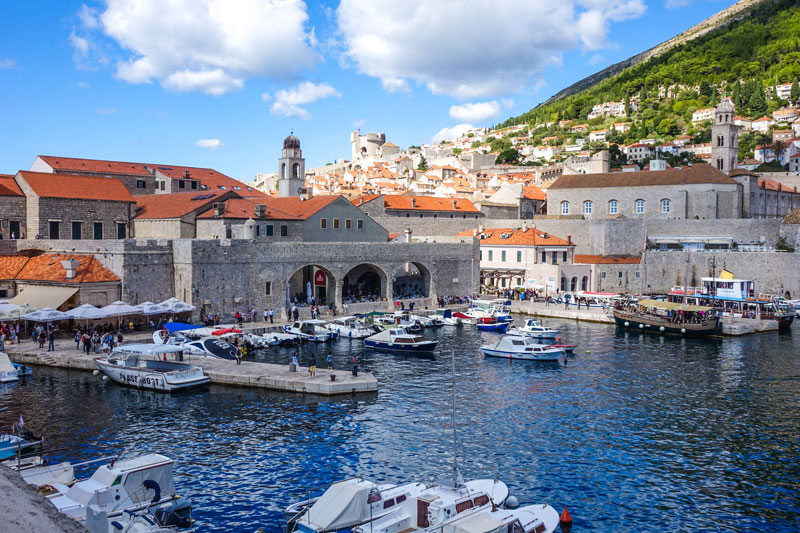 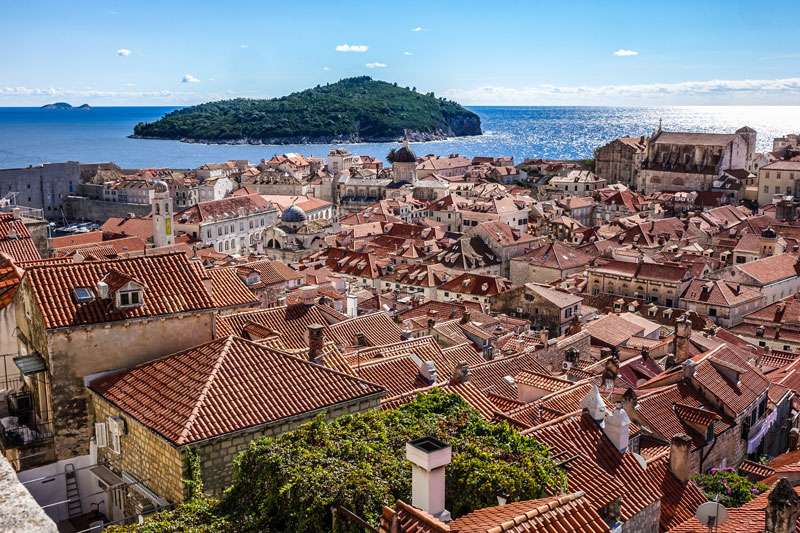 Photo opportunities were everywhere, so I made the most of it. Alley-way stalls were common and colourful. 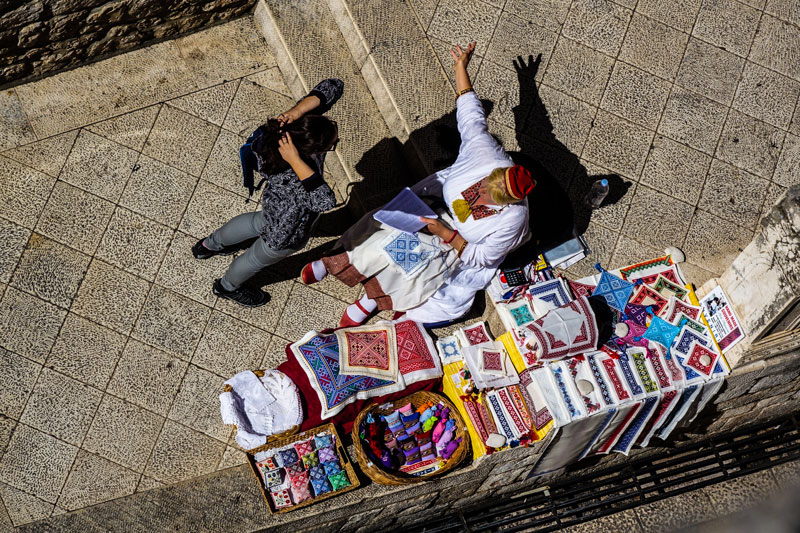 Spotted the odd kiwi or two on the wall as well. 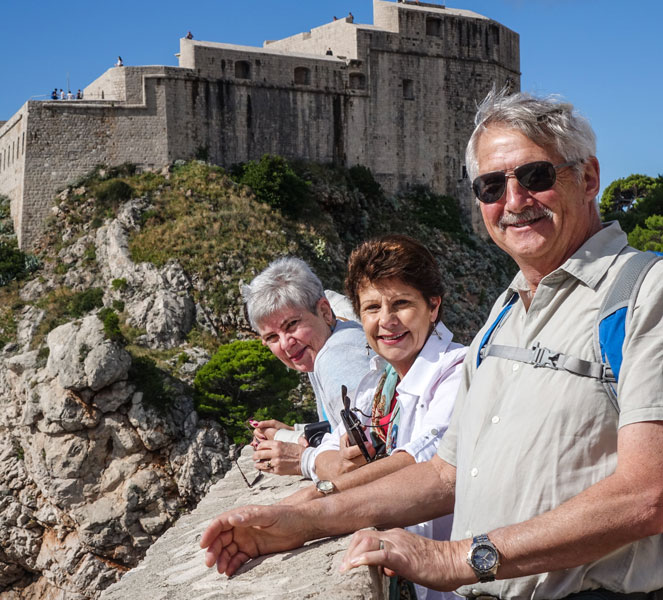 Finished off in one of the tiny alleys under the wall with a delicious late lunch of cheese, walnuts, Croatian honey and bread with a beer and wine apiece. 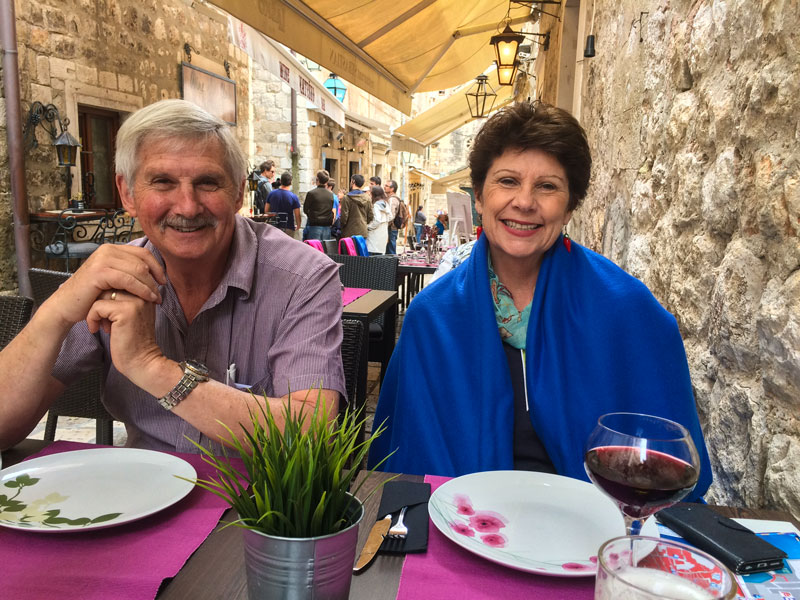